Where Do Orcas Find Drinking Water?

Orcas are beautifully adapted to life in the marine environment, but unlike fish, they are not able to meet their water needs by drinking seawater.  Find out how they meet their needs here.
Posted by Candace Calloway Whiting at 7:51 AM No comments:

Click here to see what it is like to swim among these whales in the frigid waters of Norway!
Posted by Candace Calloway Whiting at 9:13 AM No comments: 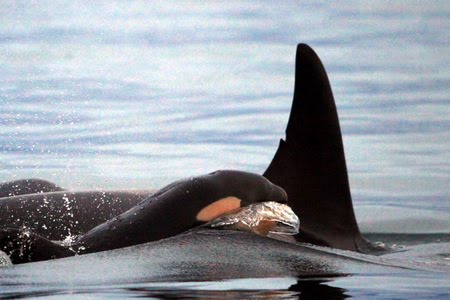 Posted by Candace Calloway Whiting at 3:24 AM No comments:

Vote For Orcas and Salmon

Please consider the orcas if you have yet to vote. I-1033